Finishes (I think) Segment 2 of the Thesis film. This one is based on the story of the three Hebrew brothers and their refusal to worship the idol of King Nebuchadnezzer, for which they were thrown into a raging furnace.

Character animation was done in Moho Studio. Background were created on an iPad Pro in Affinity Designer, backgrounds and animation were assembled in After Effects and everything was edited in Premier Pro.

This update is focused primarily on the “Hebrew Children”  story. For the most part the look has been finalized, as have the puppets  Nailing down the final look of this story has been a big part of the work as of late. Still learning MOHO and bumping up against glitches and some inefficiencies trying to accomplish a final look in that app alone, I’ve opted to create all background elements in Affinity Designer. The puppets animation is done against a temporary background in MOHO, then expired as a PNG sequence with a transparent background. Everything is then composited in After Effects, adding some camera movement and depth of field at that time. Additional effects tweaks, lens flares, particles, were created using the Red Giant collection of After Effects plug ins. The strokes and drop shadows around the character animations are created as layer effects in After Effects also.

This is from the opening animation. It introduces King Nebuchadnezzar’s golden statue, and then the King’s introduction as he looks out onto his subjects.

This shot is a cutaway to the blazing furnace into which the Hebrew children will be thrown.  It’s actuallysetup to be cut into two separate shots, one a closer up view rendered from a different camera. I’ve tried to use multiple cameras in the setups so that elements can be used multiple times to create certain shots with minimal disruption. This has sped up workflow and helped to maintain a more consistent visual look.

This is the unedited version of a quick cutaway to the King’s subject kneeling before him and his statue. One character was animated kneeling, then replicated with timing offsets n After Effectgs. Initially I recolored a couple different versions of the kneeling animation, giving the character different color hair and tunics. Ultimately, reverting to the character repeated exactly did a much better job of establishing th subjects loyal to the King as a singular monolithic group, this offered a very quick visual identification of their place/loyalty to the King, and set up a definite visual contrast with Shadrach, Meschach and Abendego, in the following scene.

This scene is create from the same AE file as the previous, the difference is a new camera setup, and the visibility of the brothers animations, each imported individually so timing and placement can be offset. This clip will be edited to begin with all of the kneeling done, and is meant to briefly just show the brothers as calmly defiant. Difference in character texture, and color saturation and character design are used to further an immediate distinction between the three brothers and the crowd. My intent design wise with this story is to follow George Lucas’s 3 second rule for on screen designs, which is that, basically, a design should be clear and concise visually in such away that a viewer will understand it’s purpose in a scene in no more than three seconds after appearing.

Updating with more WIP. This post focuses on the Hebrew children sequence. I’ve been working in MOHO Studio Pro for the animation in this one. It’s my first attempt at puppet animation, so there has been a learning curve.I do  like the software, thought the official documentation is garbage.Lots of YouTube research and googling have helped.

I’m going for a totally different look here, as is evident. While the Crucifixion story has a brutality/ugliness to it that I wanted to convey somehow in the look of that piece, this sequence has a more wondrous/miraculous element to it.I wanted some vibrancy in the design.Someting clean, but textured. I’ve arrived at a look I’m happy with for this one.

This is an establishing shot of the furnace. It’s also hi-res enough to serve as a closeup for the boys being tossed into the furnace. 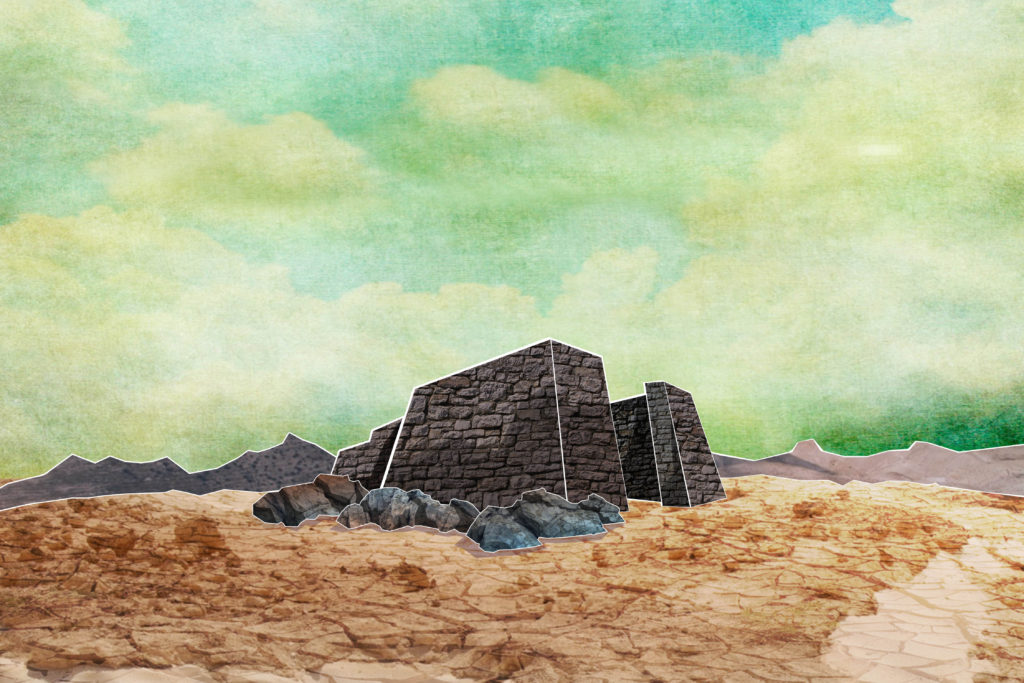 This is the background for the opening shot, as Kin Neb stands above his subjects, and before his golden statue. 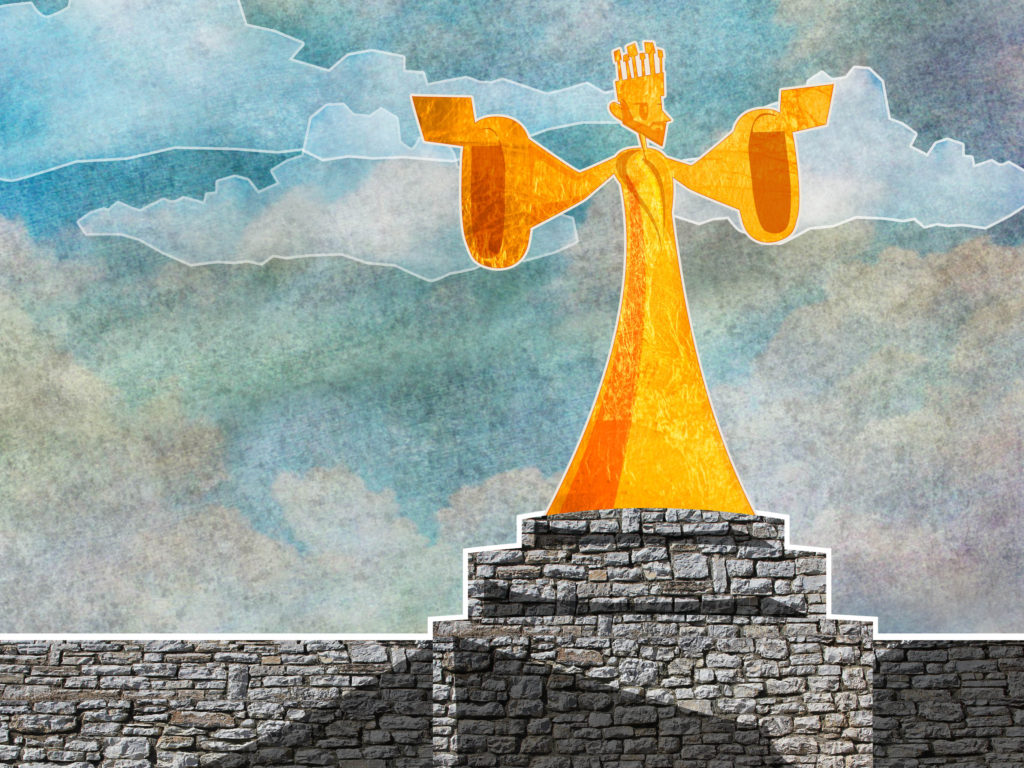 This shot is for multiple shots of the brothers in the fiery furnace, protected by the fourth figure. 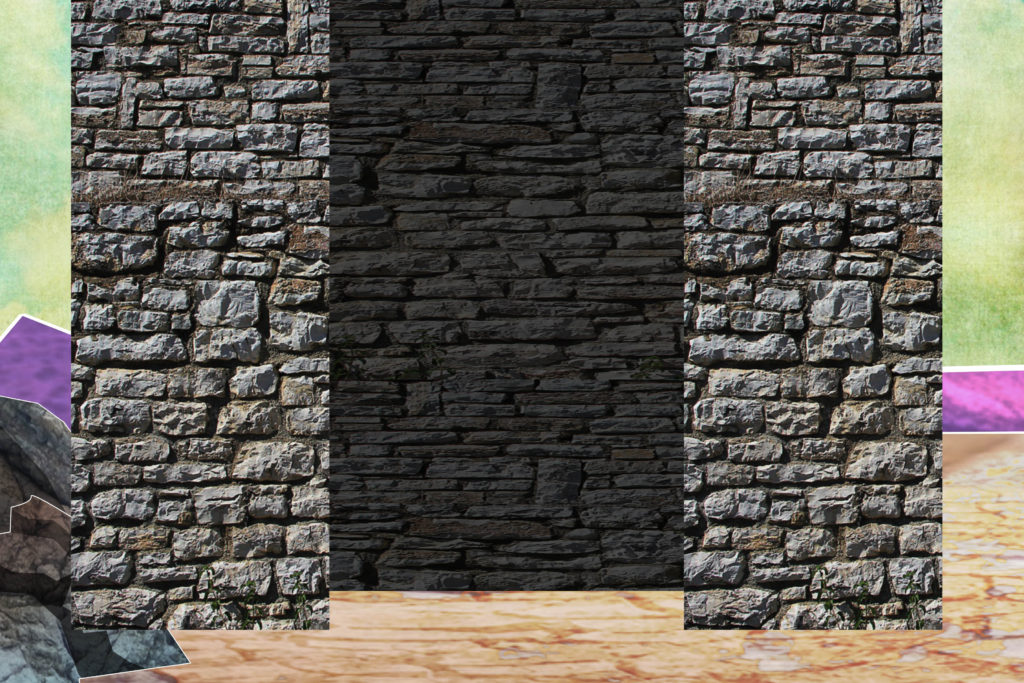 ere are some vids reviewing mostly the puppets/rigs I’m working with for these. Rigging has been difficult to figure out, but I’m improving. For these animation required for these short shots, I think I’ll be ok.

Been working on my thesis project for my MFA. My project is based around the idea of using shirt, compact, micro-animations to tell stories in the age of quick bite social media, such as Instagram posts. The stories I’ve picked to tell are stories from the Bible. Currently, I’ve been working on finishing the story of the crucifixion. The goal with these was to distill the story down into as few scenes as possible, as concisely as possible, taking into consideration what imagery would be used to capture the purest essence of the story. The Crucifixion, distilled to the most basic story is a story of brutality and sacrifice. It is a beautiful story couched in the language of man’s potential for inhumanity and evil.

Initially I had planned this sequence to be 3D.Personal situations kept me away from easy access my workstation for the better part of the last 3 months, so a change was made. All four of these clips were developed, art directed and animated on an iPad using the Procreate app.  Upon completion they were exported in pieces, and recomposed, and further developed in After Effects once I was able to be back at my workstation.

As I got further into the post process, I felt like these needed to be ugly, and dirty, to further help reflect the brutality of the story. This also influenced the sound design. Where possible, I tried to use mechanical hums, clangs and ambient noise, rather than sounds from the natural world to further reflect a coldness inherent to the story. Sound design was also influenced by Tom Wait’s masterful Bone Machine album.

Below are my first attempts at the finished scenes. Following those are the scenes as completed in Procreate, before post processing.